A Klimt Painting or A Pearl Necklace?

The Austrian painter is best known for his sensual paintings and sketches of the female form, often adorned with gold leaf and inspired by the inlays and detail of jewellery. His three beautiful friezes for the Palais Stoclet, the private mansion of a Belgian industrialist, incorporated enamel, coral, semi-precious stones and even pearls. In recent years, works by Klimt have become highly sought after, and copied, with his portrait titled Adele Bloch-Bauer I setting a new record at auction in 2006 for a reported $135m.

The image above has a fascinating history. One of Klimt's keenest supporters in Vienna was a young lady called Friederike Maria Beer. She was offered a necklace of natural pearls as a gift from her suitor Hans Böhler, but declined asking him to commission a portrait by Klimt instead. Klimt initially refused, but eventually agreed to Beer's commission. Beer came to the portrait sittings over several months in a red silk coat designed by the Wiener Werkstätte (Viennese Workshops), a co-operative design society co-founded by the owner of the Palais Stoclet. Klimt asked Beer to wear the jacket inside out and, in keeping with the many Asian influences in his work, painted a Korean battle scene in the background.

The portrait of Friederike Maria Beer is currently on display at the Tel Aviv Musuem of Art, having been donated to the museum by the Mizne-Blumental Collection. This joint estate of over 60 masterpieces, including works by Kandinsky, Picasso, and Dali amongst others was the early 20th century art collection of a Ukranian musician and Polish painter who began avidly collecting art after the end of the second world war . At the time of loan to the Museum, the Klimt painting was valued at over $100 million...in hindsight a very astute decision by the young Miss Beer!

A Jubilee for the Queen of Pearls

An Introduction to Pearl Colour 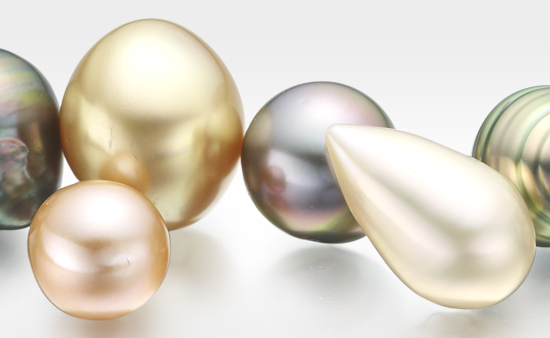