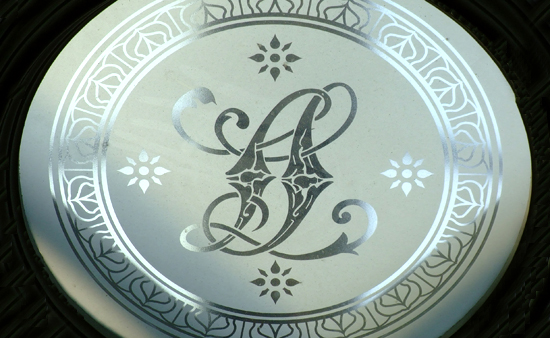 A Peek at the Pearls of Carl Linnaeus

The world of pearls can hold many surprises, but it is not everyday that you have an opportunity to view a historic treasure secured safely beneath the streets of London.

The experimental pearls of famed Swedish botanist Carl Linnaeus are about to join the forthcoming Pearls Exhibition at the V&A and so we jumped at the chance to see these early successful attempts to culture a spherical pearl in close up.

Carl Linnaeus (1707-1778) is best known for his method of classifying organisms that uses two latin names to represent the genus and the species, for example 'Homo Sapiens'. This taxonomy is conventionally used today to describe and classify the hierarchical relationships of animals, plants and  insects to each other.

Linnaeus' collections of specimen organisms, including dried flowers, insects, fish and molluscs are unique and are still a primary reference point for scientists to determine if they have found a new species.

Following his death, the Linnean collections were purchased by Sir James Edward Smith in 1784 and transported to London, where they remain today.

In 1788, Smith also founded The Linnean Society to provide a forum to discuss and promote the study of natural history.

The Linnean Society is the world's oldest active biological society. It was at a meeting of the Society in 1858 that papers by Charles Darwin were presented outlining the theory of natural selection and evolution. 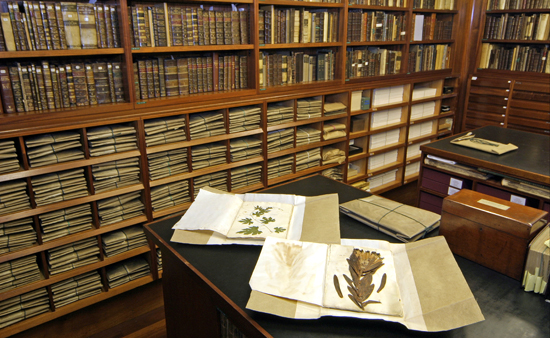 The collections were obtained by the Society in 1829 and are today securely held in a vault below the courtyard of Burlington House, Piccadilly in central London. Leather bound books, old parchment folders and specimen trays line the carefully curated shelves and drawers.

Also in the strongroom was a very rare (and valuable) signed first edition of Charles Darwin's 'Origin of the Species' - a once-in-a-lifetime opportunity to see.

Carefully wrapped in parchment was this original specimen of Linnaea Borealis, a wildflower of northern and alpine origin that has a distinctive double twin flower shape. The flower is named after Linnaeus as it was a favourite of his whilst travelling in Lapland.

As well as having a beautiful white pink flower, Carl Linnaeus fell in love with the wildflower for the way that it grew persistently in the undergrowth and its ephemeral, short-lived life. These were two symbols that he felt were important in his own life and portraits of Linnaeus, including the one above, and in the Society all feature the Linnaea Borealis.

This little flower has a special meaning for Winterson as it was an inspiration for our own flower motif, also honouring its link with Linnaeus and his early achievements in culturing pearls.

Linnaeus declared in 1761 that 'he had heard of people who made gold, but had never heard of any who could make pearls'. Describing the lengthy and time-consuming efforts to find natural pearls that he had seen in Purkijaur, Lapland, Linnaeus believed that a technique for culturing pearls existed that would be more effective and profitable for Sweden.

Linnaeus started to experiment with 'Unio Pictorum', a species of freshwater mussel called the Painter's mussel. This mussel was named as traditionally its shells were used by painters as convenient receptacles for mixing paint.

His technique was a variation of an old Chinese method for producing blister pearls. Drilling a hole in the mussel's shell, Linnaeus inserted a small granule of limestone between the mantle and the shell to help produce a free spherical pearl inside the mussel. 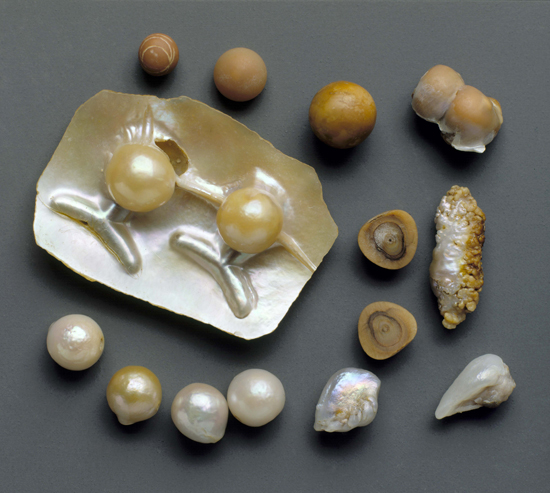 The mussels were returned to the riverbed for six years to produce what is regarded as the world's first spherical cultured pearls. They are indeed historic and fascinating to view.

Linnaeus' method is also based on an old misunderstanding that pearls are created with a grain of sand. We know now that a response to illness or a parasite is the more likely explanation for the growth of natural pearls in an oyster or mussel.

These experimental pearls were not ultimately the source of riches that Linnaeus had hoped for, but he was enobled by the King of Sweden for his efforts taking the title von Linné. The pearls, a patent and Linnaeus' secret were sold to a Swedish merchant named Peter Bagge, but nothing came out of this venture.

Another Londoner Sir John Hunter is recorded as having attempted to culture freshwater pearls in his ponds at Earl's Court Manor House using a similar method to Linnaeus, but it was left to a different Englishman William Saville-Kent to make the next break-through in pearl culturing.

SEE THE LINNAEUS PEARLS AT THE V&A

We would to like thank Elaine Charwat, Deputy Librarian of the Linnean Society for her fabulous help in showing us Carl Linnaeus' pearls.

The pearls themselves are on display soon at Pearls, the V&A's new exhibition. Not to be missed...

By permission of the Linnean Society of London

"Linnaea borealis 8803", with thanks to Walter Siegmund. Own work licensed under Creative Commons Attribution-Share Alike 3.0-2.5-2.0-1.0 via Wikimedia Commons 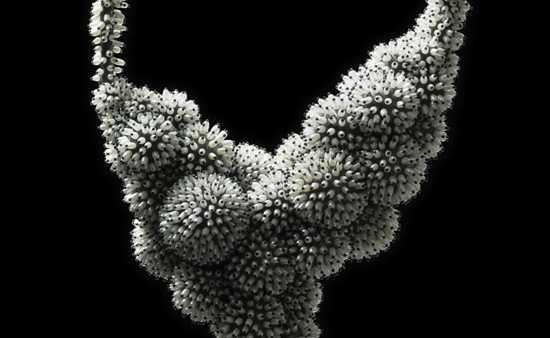 Pearls Exhibition at the V&A Museum

SS14 Jewellery and Pearls at the Rock...