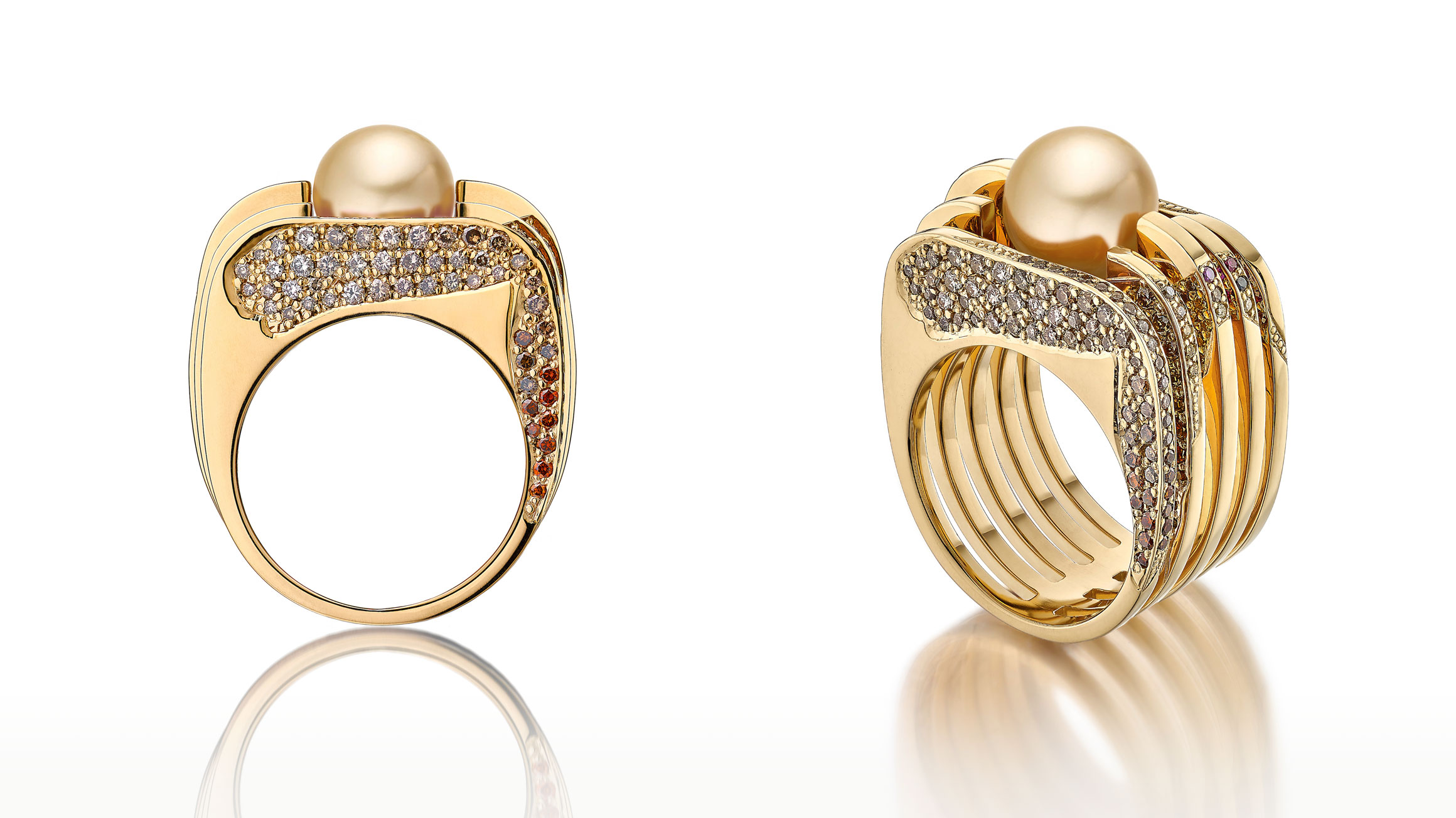 Malaysian-born Vicky Lew started her creative life in her father's footsteps, excited by the gemstones and decorative elements that he used to create his footwear designs.

After realising that jewellery offered her greater opportunity to explore these sparkling gemstones - and across all of the the body, not just the feet - Lew travelled to London to study on the famous BA Jewellery course at Central St Martins.

Since graduating, she has gone on to secure the attention of Swarovski and Cartier, where she worked as a graduate, as well as winning a place on the prestigious Goldsmiths Kickstarter programme. 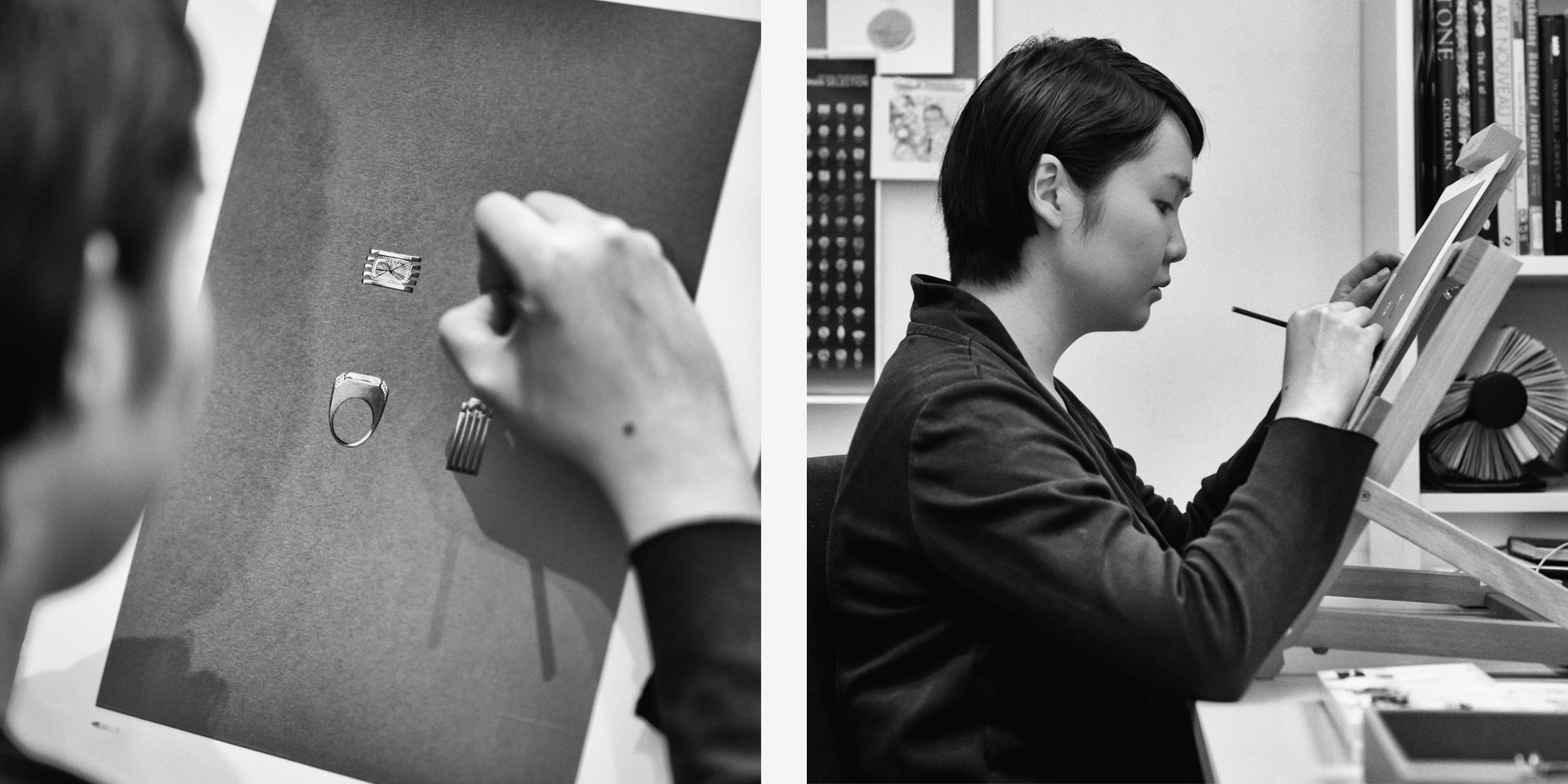 Vicky Lew refuses to be bound by traditional jewellery concepts, combining aluminium with gold, creating visual illusions with diamonds and sapphires as hidden flashes, and juxtaposing organic materials such as pearls next to geometric settings. The Winterson Journal explores Vicky’s design inspiration in this first interview in a series that will explore the love that contemporary designers have for pearls.

What are the main themes in your work?
My inspirations and ideas came from my own experiences, I like to reflect in what I have seen and some of these thoughts and ideas are often developed with the combinations of repeated forms.

The idea of accuracy and consistency in handcrafted jewellery resonates with me and highlights important characteristics of what I value in great craftsmanship. It takes skill and effort to produce and the result I think is both visually appealing and deeply comforting. 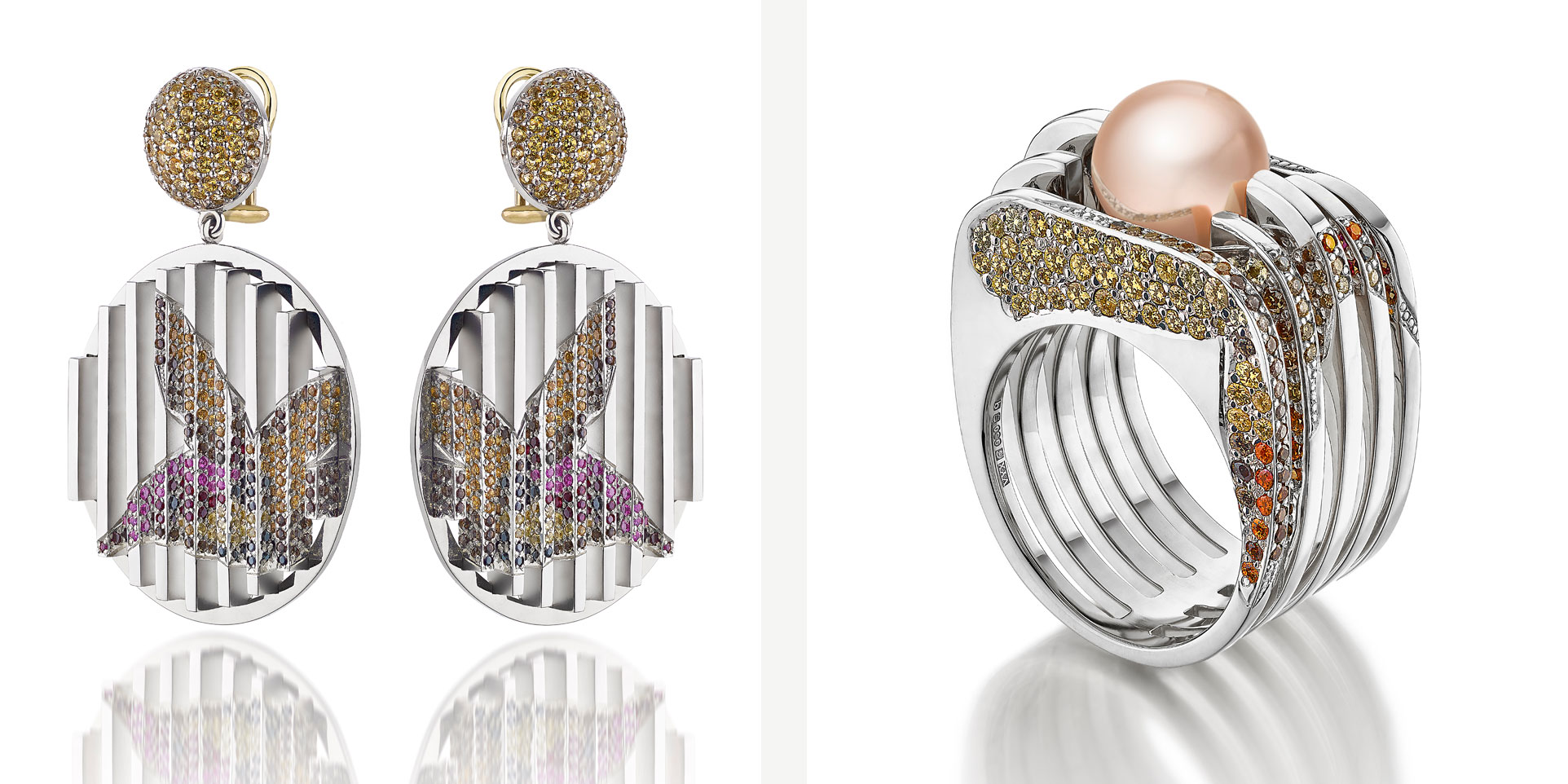 Can you tell us a bit about the inspirations behind the Flight collection?
One morning like any other, I was out searching for inspiration in the parks of London when one of the photos I took happened to capture a moment in time I hadn’t previously paid much attention to - that short interval between a swan idling and flying off.

I thought that what if I could extend that moment somehow, maybe even capture in the way my camera could but with more care and effort, in metal and stone. And so Flight was born.

How has it evolved over the last few years?
My early research began with a study of the bird itself, before re-establishing my focus on the moment of take-off and theme of transience, in which the bird plays a supporting role. The primary sources of my inspiration for capturing these ephemeral moments were Felice Varini and his work in perspective-localized paintings and the graffiti duo Zebrating. Ultimately, Zebrating’s artworks allowed me to draw direct parallels between street railings, their choice of medium, and the linear and repetitive lines of bird feathers. 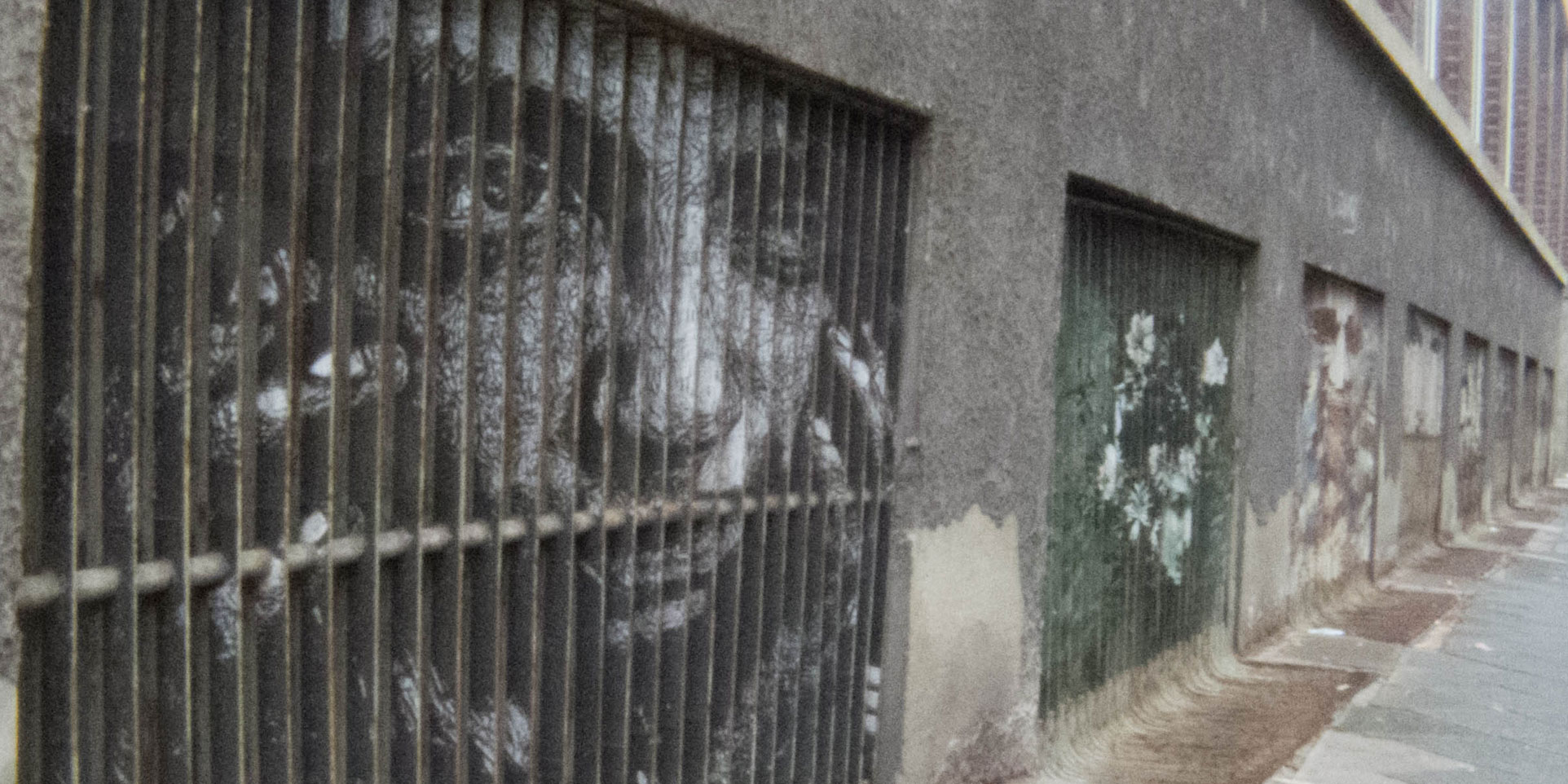 The non-solid forms of the pieces present images of birds in perspective-localized angles. Employing a traditional pavé-setting method, the instantaneous moment of take-off is alluded to through the use of perspective-localized angles, whereby the birds are only revealed to the audience from certain angles. As a result, a fleeting moment is afforded to the audience, giving the gem-set birds movement as the wearer moves.

Material considerations were another important factor; the initial Flight pieces were made in aluminium, set with cubic zirconia. These designs were then refined further and made in precious metals and gemstones, after taking many considerations in weight and wearability.

The relationship between the geometry of the forms, the sparkling natural imagery and the organic quality of the pearl is really interesting. 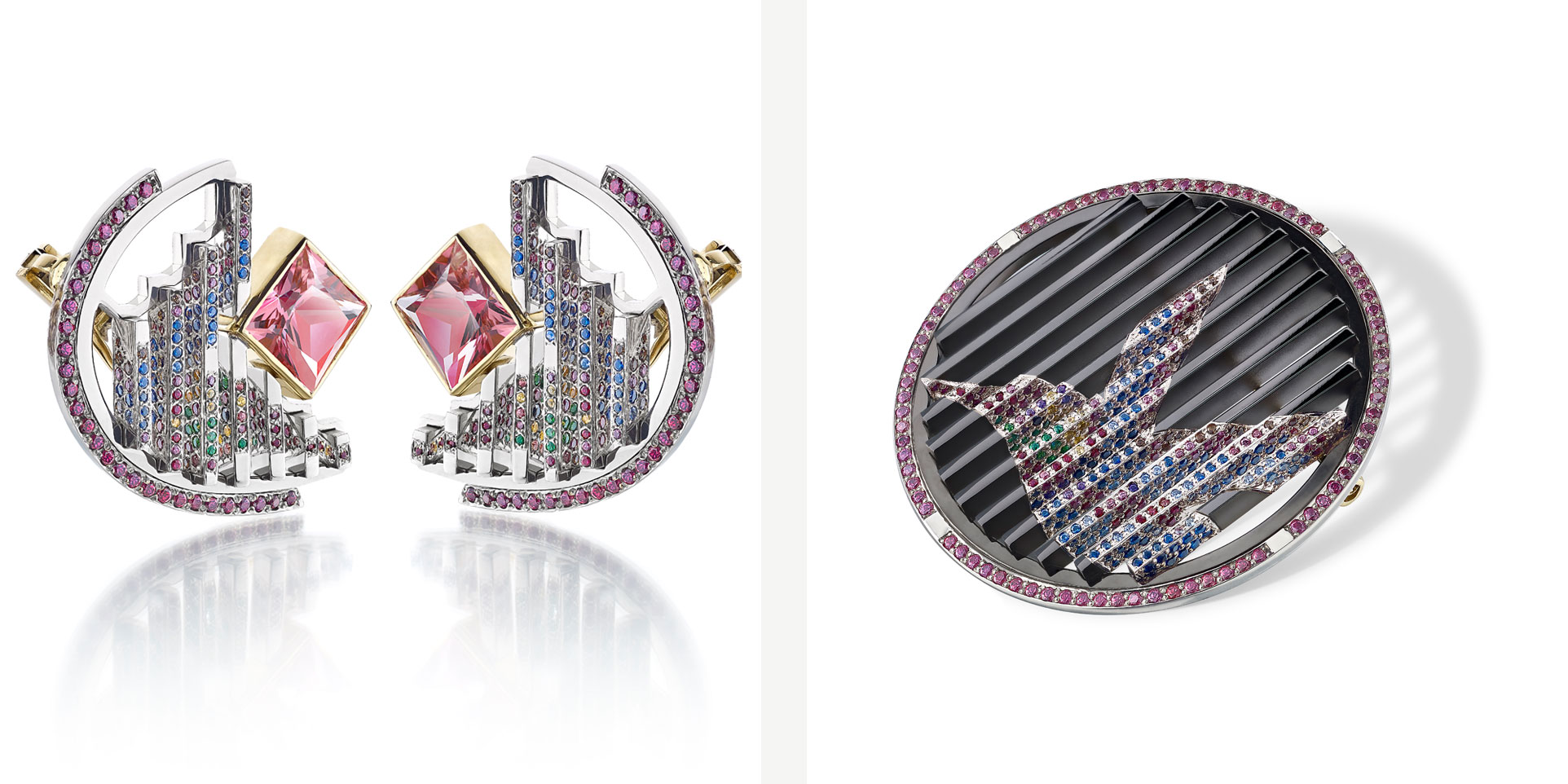 Can you tell us more about this?
I always love strong and structural forms, however the lines can be quite harsh. By adding organic elements such as a figure of the hummingbird in gemstones and pearls soften the overall look. I also like the contrasting elements gives the pieces an unclassifiable and distinctive quality.

What drew you towards working with pearls?
There is something about pearls, they have an incandescent glow that is unlike any other gemstones. They are also historically significant, women of power were always adorned in strands and strand of pearls, and hence I associate pearls as regal and luxurious.

You've used golden south sea pearls in your work, is there something in particular about these that you find inspiring?
I have always thought that golden pearls have a mythical quality to them that it is almost fictional. I had a dream once about hummingbirds and they laid golden pearls as eggs, so it seems appropriate to use them in my work to project and giving them a fantastical quality.

Tell us a little about what's coming up for you in the next few months.
I will be presenting a capsule collection at Goldsmiths’ Fair this September.

With thanks to Vicky Lew

With thanks to Julia Skupny for the Goldsmiths' Centre

With thanks to Zebrating, this work is licensed under a Creative Commons Attribution 4.0 International License 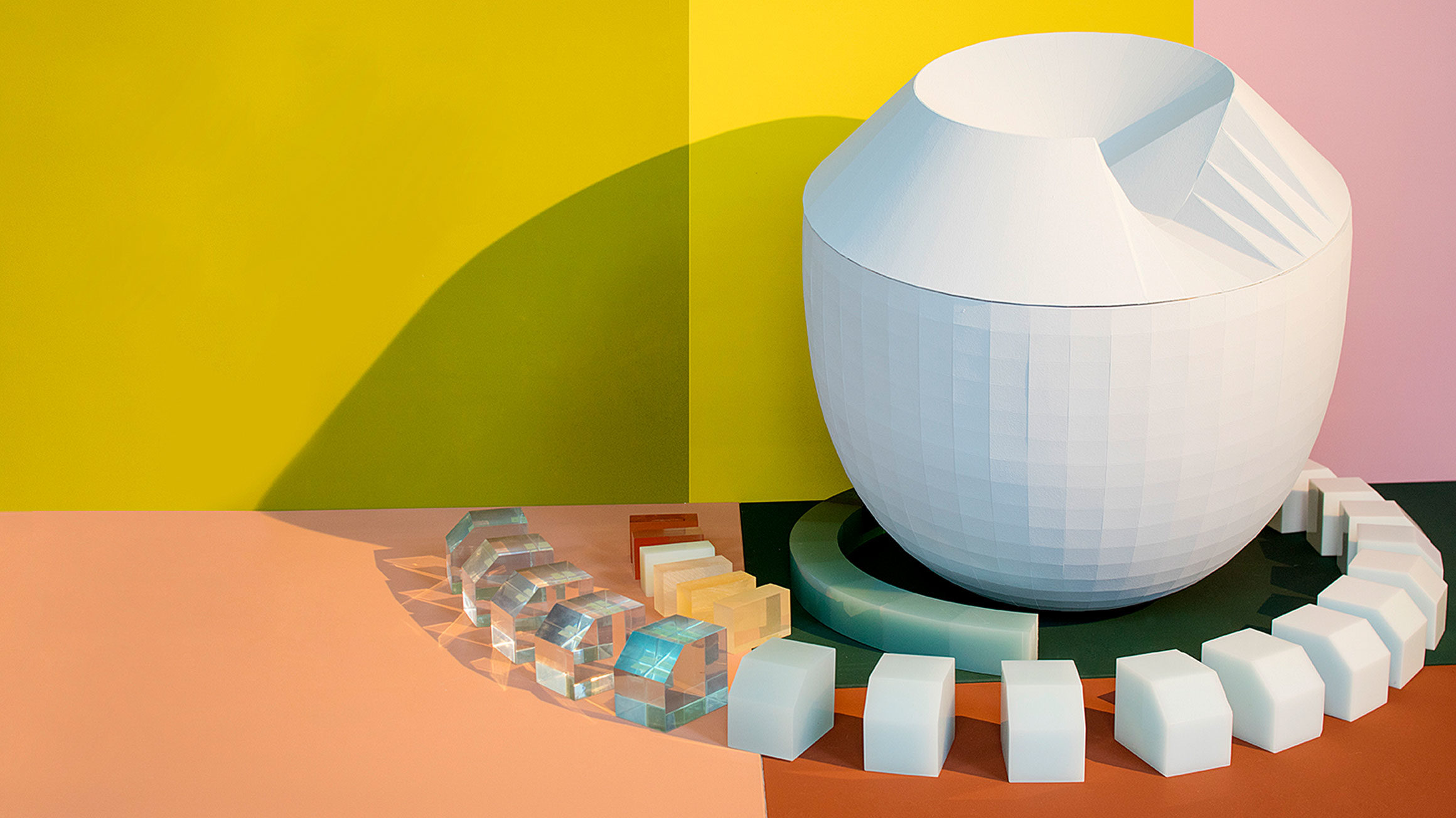 Hella Jongerius is Breathing Colour at... 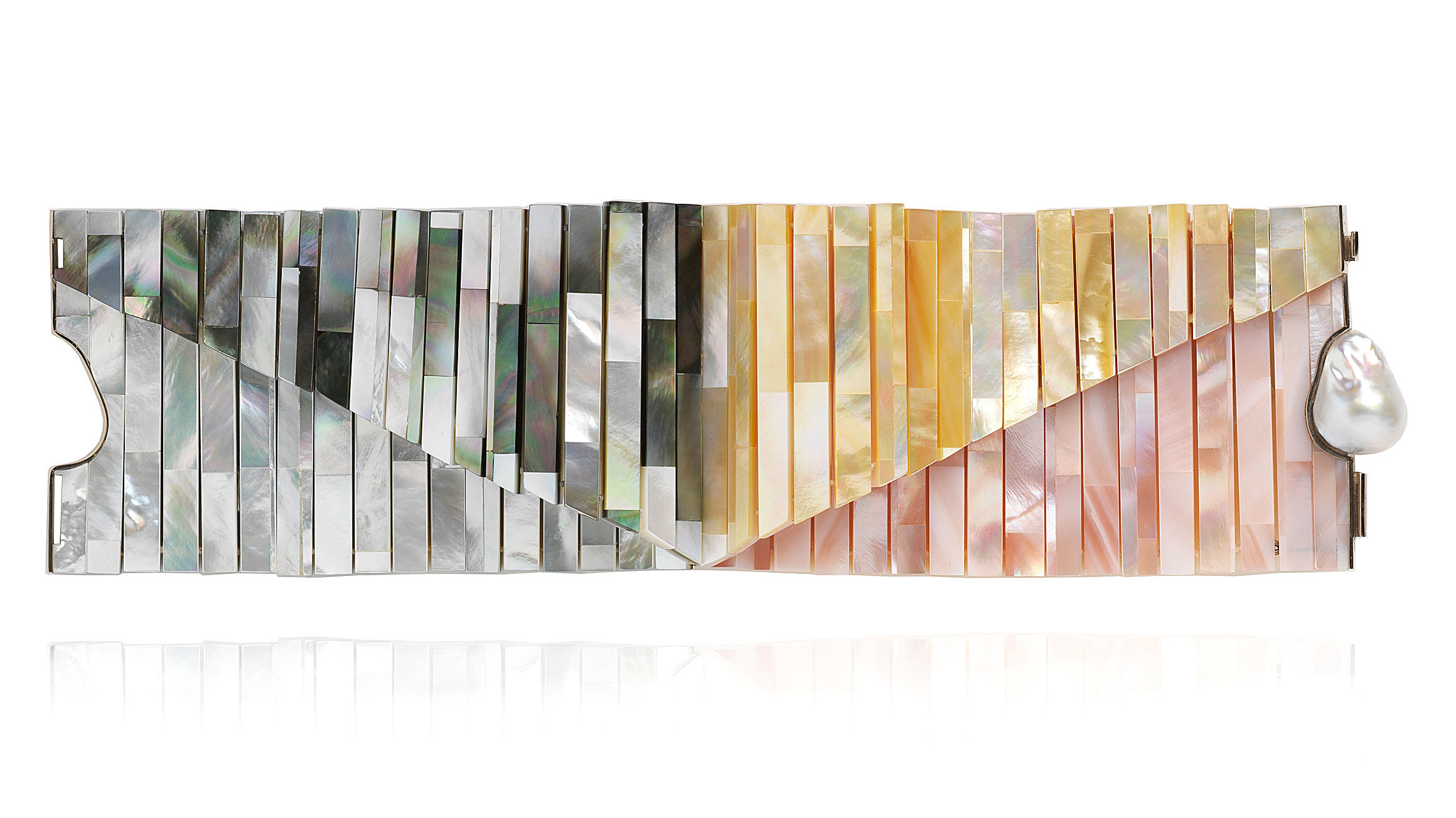