A Royal Celebration of Diamond Jewellery

Diamond jewellery lovers planning to visit London this summer should make a note to visit this year's annual Summer Opening of the State Rooms at Buckingham Palace.

Following on from last year's spectacular exhibition of exquisite Fabergé eggs and other objects, a new exhibition "Diamonds: A Jubilee Celebration" will showcase diamond jewellery from the royal collections spanning from over three centuries. The centrepiece of the exhibition is the Cullinan Diamond, a copy of which is pictured above, the most famous and largest diamond ever found.

The Cullinan Diamond was discovered in 1905 in South Africa and was presented to King Edward VII by the Transvaal Government. Weighing around 3,105 metric carats before being cut into a number of smaller diamonds, the Cullinan diamond remains the largest rough diamond ever found. It was insured for $1.25m before being discreetly sent to England in a plain box by registered post so as to outwit any interested thieves.

The difficult and precise task of cutting of the stone was performed by famed diamond expert Joseph Asscher in Amsterdam, who unfairly is said to have fainted when his first attempt at cleaving the stone failed and the blade broke. With new tools the Cullinan was finally split and then cut and polished into 9 principal diamonds named Cullinan I-IX and 96 smaller brilliant cut diamonds.

Cullinan I and II, also known as the First and Second Star of Africa, were respectively set in the Sovereign's Royal Sceptre and the band of the Imperial State Crown worn at the Queen's coronation.

Together as the centrepieces of the Crown Jewels, they are two of the most famous diamonds in the world and can be seen by visitors at the Tower of London's new display of Crown Jewels. The remaining seven diamonds Cullinan III-IX were set into a variety of brooches, rings and a pendant for Queen Mary, wife of George V, and are being displayed together for the first time in this new exhibition of royal diamond jewellery.

"Diamonds: A Jubilee Celebration" opens on 30th June and runs through to 7th October 2012. Admission is only possible as part of the entry to the State Rooms at the Palace, which includes the Throne Room, the Ballroom and other state reception rooms. Be sure to book early as admission does usually sell out at least several days in advance and interest this year, with the Queen's Jubilee and the Olympics, will be particularly high.

With thanks to Parent Géry (Own work) [CC-BY-SA-3.0 (www.creativecommons.org/licenses/by-sa/3.0) or GFDL (www.gnu.org/copyleft/fdl.html)], via Wikimedia Commons 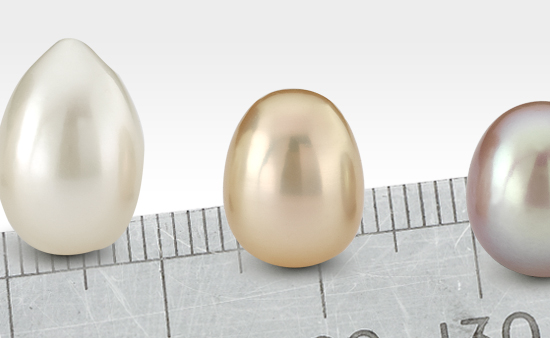 Measuring and Choosing a Pearl Size 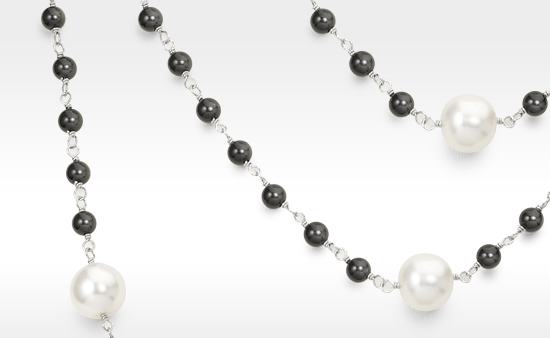