What's Knot to Love about the Bow

Study any book on the history of fashion or jewellery and there is likely to be a bow design featured in its pages. This legendary motif is a symbol of love or marriage, and like the knot and the tassel, its origins are inspired by the most simple of fastenings.

From the late 17th century in the French royal court of Louis XIV, the bow motif in jewellery was perhaps first popularized. At a time when trade in gemstones was growing, and with new stone cutting techniques being developed, women enjoyed wearing sparkling bow jewels pinned or stitched to their attire.

How bow jewellery was worn also carried its own meaning  – a bow attached to a ribbon adorning a woman's neck is said to have suggested a playful side, whilst  a bow-shaped brooch worn close to the heart was a sign of being in love.

Bow brooches were known as Sévigné, named after the Marquise Marie de Sévigné, a French aristocrat who wrote numerous letters to her daughter depicting life at the 17th century Court.

An early description of the Sévigné brooch was by H. Clifford Smith in the early 20th century who wrote that "an important jewel worn at this time was a breast ornament, termed a Sévigné, after the celebrated lady of that name. This ornament took the form of a bow or rosette of open-work, of foliated design, generally of silver, set with small diamond splinters." (Source: Jewellery. G. P. Putnam’s Sons. New York. 1908).

The bow motif fell out of fashion with the French Revolution, but by the early 1900s appeared again as a favoured design motif of Edwardian ladies. Necklaces, earrings, pendants, rings and brooches in the shape of bows are very characteristic of the period.

With advances in the techniques to make platinum, bow jewellery designs also became delicate and elaborate like embroidery, and were often decorated with diamonds. 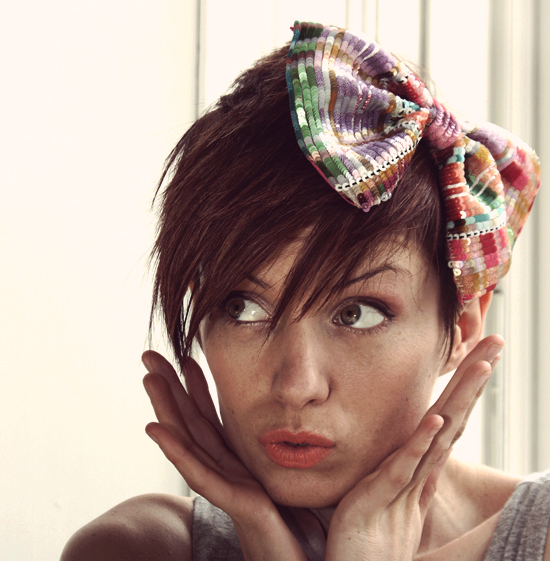 The bow is as popular today with its shape, symbolism, and classic influences in fashion. At Winterson, we are working on a new designer collection with Alice Cicolini that is inspired by the history of this celebrated motif.

With thanks to KathyC81, via http://www.flickr.com/people/30616203@N06/, under a Creative Commons licence http://creativecommons.org/licenses/by/2.0/deed.en