What are Baroque Pearls ?

When describing the shape of a pearl, baroque is a term that is used to describe irregular and non-symmetrically shaped pearls that have been formed in freshwater mussels and saltwater oysters. Baroque pearls are not round, drop or button shaped.

The shape of a baroque saltwater pearl is caused by the uneven deposition of nacre by the oyster around its nucleus.

Up to 40% of the harvest of cultured pearls from a Tahitian pearl farm can be baroque in shape. These generally are found to be smaller in size, with true Tahitian baroque pearls greater than 12mm being very rare and sought after.

Baroque pearls today are less extravagantly worn, but are still highly sought after for their individual shapes and colours. Today, baroque pearls are inspiring a new generation of contemporary fine jewellers, from Melanie Georgacopolous to Mizuki, drawn to their unique forms.

At Winterson, we stock a range of necklaces, baroque pearl earrings, sautoirs and bracelets made from Tahitian baroque pearls. Each pearl is unique and its contours, circles and peacock colour creates a sophisticated and highly contemporary look. 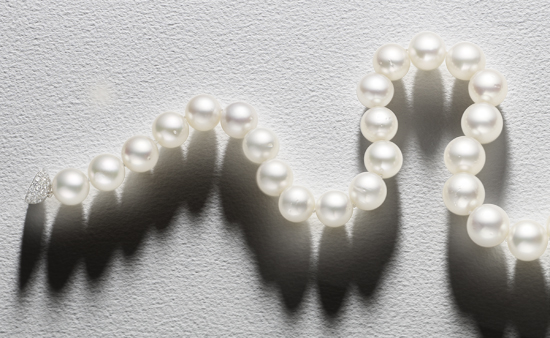 How to Buy a Pearl Necklace

How to Clean Pearls